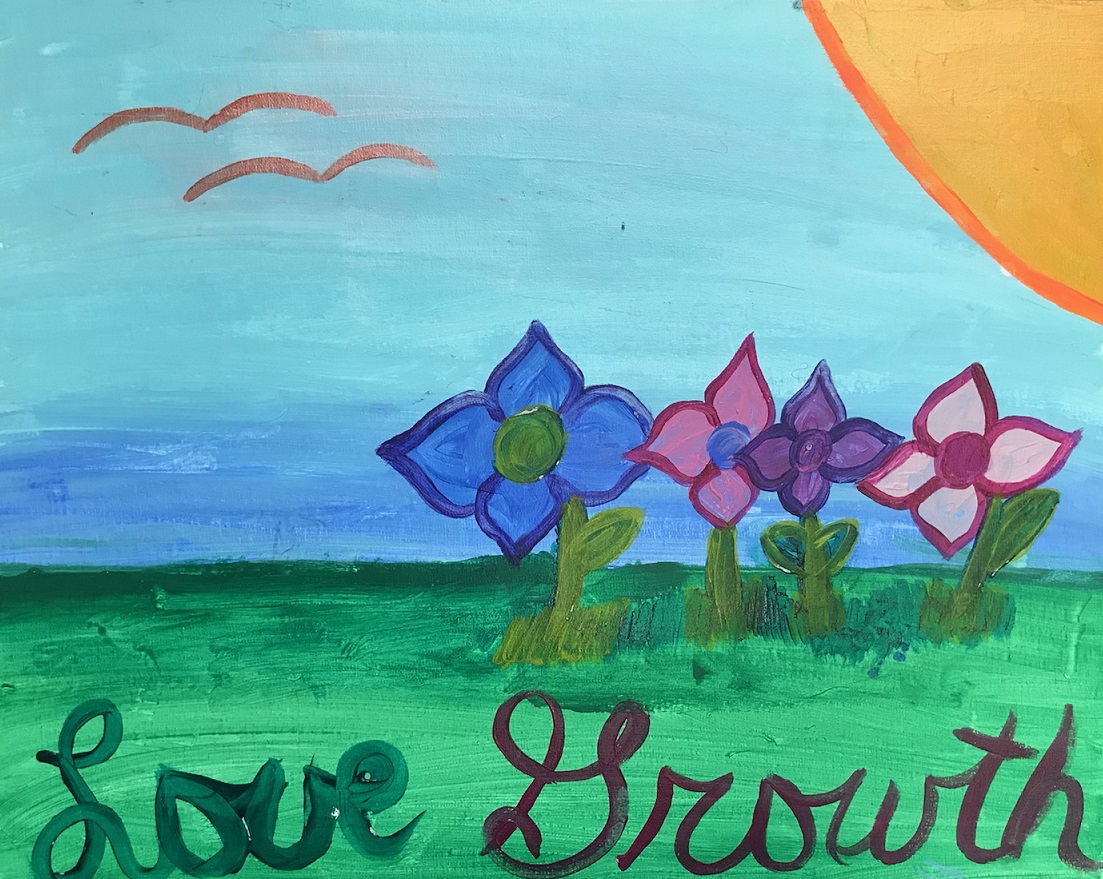 Jackie (age 30) and her two children came to our safe home after Jackie had left her abusive boyfriend. Jackie’s boyfriend was very physically abusive. He would kick her in the head, hit her in the ribs, burn her and sexually assault her. She was terrified to leave, but her mother convinced her that she could do it for herself and for her two boys.

Jackie painted a picture of her life now. She said the flowers and sky symbolized warmth and safety. Jackie says that since she’s been in shelter, her and her children have finally been able to sleep peacefully and that they are no longer scared to do things.

Support fresh starts and purchase this art piece for a suggested donation of $20.